Our journey to Nazca was turmultuous.  We had decided to get a  Cruz Del Sur night bus from Cusco to Naza, as there are no flights available to Nazca (or further north along the Peruvian coast) and Cruz came recommended.  It is worth noting that the buses do not leave from the main bus station in Cusco, there is a separate Cruz Del Sur station.  The station itself is clean, with a TV and cafeteria.  There is also a little shop down the road, which is cheaper if you want to buy a few snacks (just turn right out of the depot and walk down the road for a few minutes). 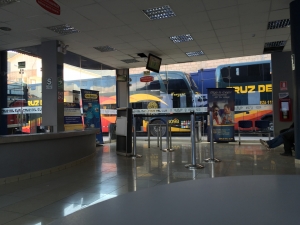 The journey itself was awful.  All 15 hours of it.  I partly attribute this to the terrain between Cusco and Nazca, which is very hilly and full of hairpin turns.  I also attribute it to the driver, who decided to speed up when driving through bends and then slam on the brakes afterwards.. I was travel sick about 6/7 times and had an awful experience, with no sleep.  Judging by the sounds coming from elsewhere on the bus, others were suffering from a similar fate.  If you do decide to get the bus, I would recommend paying for a VIP seat, as you will at least have a comfy chair and be seated downstairs.  However, I would avoid the back row as you will be sitting directly above the wheels.  I would also avoid the complimentary meal – although it tasted okay, you are likely to see it again later (yuk).  The female conductor on the bus was also incredibly rude – she accused me of trying to steal one of the flimsy blankets they give you for the journey – it had actually fallen down the side of the chair.  We also only made one stop during the entire journey – at a dismal service station.  I can’t tell you anything about it – I was busy throwing up in the bathroom.

On to more pleasant matters….. Nazca.

We stayed at Nazca Oasis and it was EXCELLENT.  Our transfer from the bus station to the hotel was complimentary and the hotel manager was incredible friendly and offered us a range of tourist services.  The breakfast was decent – eggs cooked to order, juice, toast and tea/coffee (we even had cake on the second day, great for sweet tooths!).  We also shared a plate on pasta on one night and for 21 soles, it was very decent (as you have probably gathered from my blogs, I was not overly impressed with Peruvian cuisine).  The room was absolutely massive, with a ginormous bed (two pushed together) and a large bathroom with hot water.  The highlight was the pool – it is very hot in Nazca and we had a lovely dip in the pool.  We saw other couples with bar snacks and lunch in the pool area and I think there was also a poolside bar in the evenings. 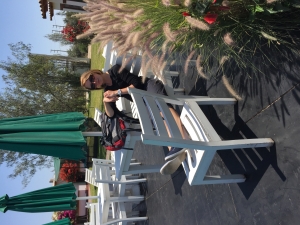 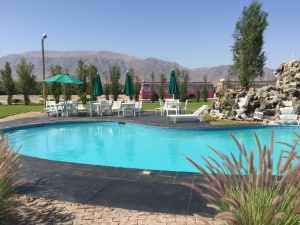 The reason for our detour to Nazca was the Nazca lines.  We used Alas Peruanas (circa US$ 80 per person) and they were very good – they responded to emails quickly and seemed eager to help.  We were picked up from the hotel and taken to the airfield, which is a short trip taking approximately 20 minutes.  At the airfield, we were introduced to the pilot and paid our airport tax (US $10 per person, also payable in soles if you prefer (25 soles)).  I really enjoyed the flight – the lines are very impressive.  Our plane had capacity for 4 people and each person had a window seat.  The pilot circles the plane around each site in both directions, so everyone has the chance to view the lines.  He also checks that everyone has seen them before moving on.  After the experience, you are given a certificate and dropped back to the hotel.  If I had a criticism, it would be that you don’t have much time to properly study the lines – I think it would be better if they built viewing towers near each one and transport people between them – that way, you could study the lines at your leisure.  In my opinion, unless you are in the vicinity or dead set on seeing the lines, the long trip from Cusco isn’t really worth it. 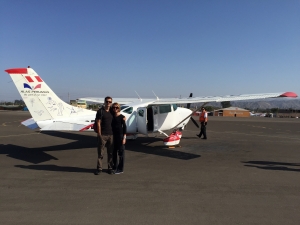 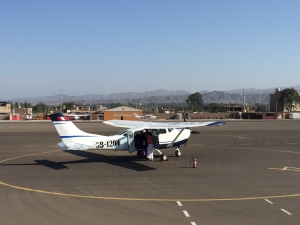 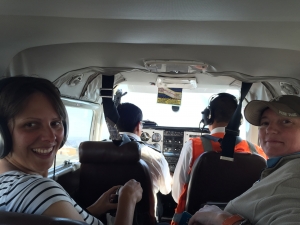 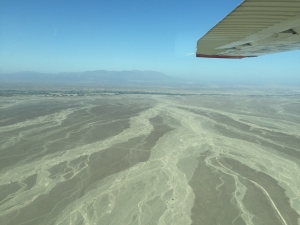 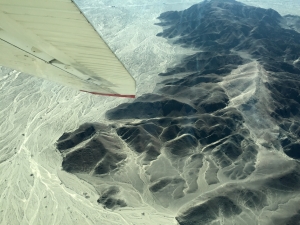 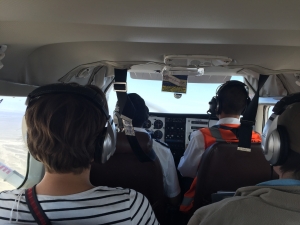 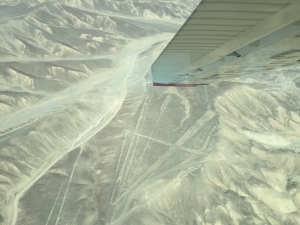 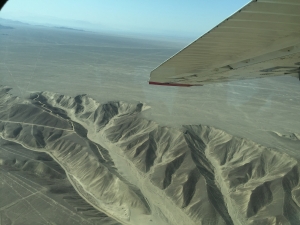 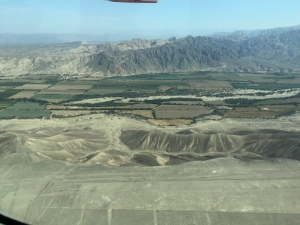 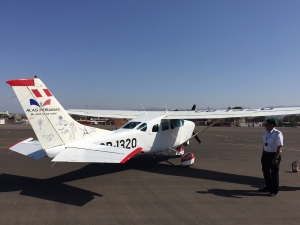 Nazca town itself is fairly unremarkable.  We had to get money out of the globalnet ATM and pay costs of US$ 5 (or 14.50 soles) for the priviledge.  If you can find a BCP ATM, these are free of charge.

From Nazca, we took a taxi for our next stop to Paracas (as I couldn’t face another bus!) for 300 soles.  The journey took 3 hours and in my opinion, it was worth the money to be comfortable and nausea free! Blog to follow!